IS YOUR NAME IN THE BOOK?

THE “BOOK” HAS BEEN OPEN. WILL YOUR NAME BE THERE??? COME WHILE YOU STILL HAVE TIME. ONLY A SHORT TIME REMAIN BEFORE CHRIST RETURN! ONCE CHRIST RETURN THE BOOK WILL BE CLOSED AND IT’S TOO LATE!!!!!! 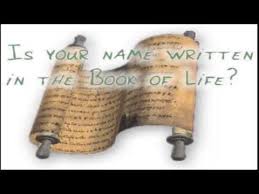 11 And I saw a great white throne, and him that sat on it, from whose face the earth and the heaven fled away; and there was found no place for them.

12 And I saw the dead, small and great, stand before God; and the books were opened: and another book was opened, which is the book of life: and the dead were judged out of those things which were written in the books, according to their works.

14 And death and hell were cast into the lake of fire. This is the second death.

15 And whosoever was not found written in the book of life was cast into the lake of fire.

Outreach International Foundation Ministry and Tamike Brown Ministries is an evangelistic ministry that is on Fire for God and is determined to see people “Saved” from all parts of the world. Reaching out to change lives through the Power of God's Holy Word. Changing a Nation to the Glory of God. Salvation With Fire. We offer Biblical training that will empower and encourage churches to confidently win the souls within their communities, cities, and states to the Kingdom of God; by sharing their faith of the Gospel of Jesus with an understanding that will bring about everlasting change in the lives of all people who receive Jesus as their Lord and Personal Savior. Outreach International Foundation Ministry P.O. Box 490933 Atlanta, GA 30349 Outreach.int.foundation@gmail.com 678.951.9276
View all posts by Outreach International Foundation Ministry →
This entry was posted in categorized. Bookmark the permalink.